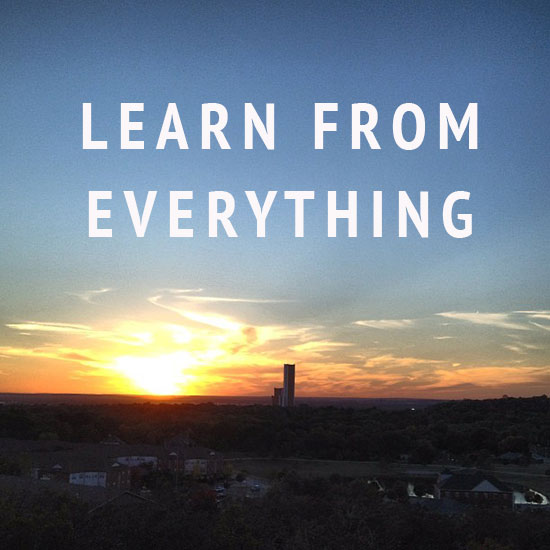 I know very few people who do not like being selected for a training program. There are just too many positives about being on training that far outweigh any qualms one has.

Firstly, it’s an affirmation that the company wants to keep you and is willing to invest in you. In today’s age, that’s a pretty good sign that you are a “critical” resource. The “valued” employee struts around telling the other “not so valued” employees that he or she will not be in office on a particular day because of the training program while the rest look at him with envy. Secondly, it’s a great opportunity to get to know people from other departments in the same organization or people from other organizations.Thirdly, it’s a welcome break from the daily grind. Gets you off the chair that you’ve grown roots into and out into the open!

In addition to all of the above, there is a possibility of having the training off-site at a hotel or a resort, with coffee and cookie breaks and a lavish lunch…(anything is better than the canteen food at the office). If the above reasons aren’t good enough to get you off your feet and into the training room, there is the certificate that you’ve attended the training, (that you can add to your resume’), which is really not a bad thing, considering that most people stop learning after the first ten years on a job. The job becomes a habit and you become the expert – like sitting in the same grade for 10 years-you better stand first!

Last but not the least, is the wisdom gained from the training, the gems that you take away and put into practice when you are back at your desk (if you are willing to listen, accept and change). But most “valued” employees think they are already too good to change , so this factor is of course variable and inversely proportional to where one is on the organisation structure ( there are always exceptions). Anyways, the crux of the matter is that most people would love to attend a training program. Whether or not they are willing to change post the training program , is immaterial.

Well, last Wednesday I was told that I would have to attend a training program on Saturday. Considering the fact that Saturday is the weekend and it was informed at short notice, I tried to back off but I was given the “valued” employee reasoning. That’s one reason you can’t refute. Not that I had a choice even if I had not been told I was critical resource. October’s the time of the year when you don’t want to annoy your boss. So come Saturday, I was there on the 3rd floor of our building at 9.05 a.m.  , pretty pleased with myself that I wasn’t feeling low, coming to the office on my day off.

The training  started at 9.00 a.m. I was 5 minutes late, not something I was proud of, but it’s not a show-stopper in a in-house training program.  There have been innumerable training programs where I am sure many of us witnessed people walking in an hour late, welcomed warmly by the trainer, who then beam at everybody around the room and take their seats with a flourish. After all, training is a service industry like any other and the trainees are customers and the customer is always right! There is also the feedback form that one needs to fill at the end of the training program that ensures all trainers are generally pleasant.

But this training was like no other, I have had the honor of attending. It was uncanny !

Our trainer, a tall lady, in her late fifties, around 5 feet 10 inches, stood towering over the others in a black flair, knee length skirt, a black jacket, a scarf and barely looked at us as we entered. Brushing it aside, we walked in confidently, wished everybody good morning, apologized for the delay and took our seats, at the back of the room; (all the seats in the front around the table had been taken). Sitting down, I looked at her again and was surprised at myself. I felt my stomach churn. These were feelings that I never thought existed within me…this lady looked like Nanny Mcphee and she made me uncomfortable. No, not literally but just something about her, made me feel like a little girl joining a new school and my heart trembled. Eighteen years in the industry, with a reputation for being fearless and speaking my mind; here I was, a little shaken. Maybe I was just having a bad day. This wasn’t me! Maybe I was just not feeling myself.

Shaking off the fear, I decided to open my mouth to say something but Ms. Trainer carried on like I had said nothing. In fact she looked at me and the person sitting beside me and said “where should we put your names- On your heads?”. This obviously being a reference to the fact that the conference room was not appropriate for training and could house only 12 people around the big center table; all the rest would have to be seated around the room without the privilege of a table and keep the training material on their laps. While it was said in our best interest, there was something about the way she said it…like we were the measly orphans in a Charles’ Dickens’ novel and she was the  “mean” matron.

Moving closer to the table, I looked at my colleague and whispered under my breath “Gosh she’s scary!” to which my colleague replied “Don’t look at her, it’s ok”. At 42, both managers leading teams, we were whispering like kindergarten students when Miss. Trainer suddenly glared at us and said “what’s my favorite number?”. While I decided to be quiet and attract least attention, the others shouted out various numbers. “Seriously, how the hell were we supposed to know her favorite number?”. Ms. Trainer bellowed, “That’s right! It’s TEN! Now open your books to page TEN“.  “OMG! I had to be dreaming. I just felt like I had been transported to grade 1 “.

Opening the training manual, to my horror and  surprise, I read her name, stifling a smile…like I found the answer to the riddle. “Miss….. Hately”.  Whoever said “what’s in a name?” had to be kidding!

The training ended at 4.00 p.m.  A friend and colleague of mine had been asked to be the time-keeper and inform the team when it was break-time at 11 a.m. At 11 a.m., I looked at him, trying to catch his attention to remind him of his job. Miss. Hately noticed it and asked him what the time was and if he had forgotten. To this, he very casually replied that he had set the alarm and was waiting for it to ring. Apparently, he was doing a great job as a time-keeper and I was minding his business. Whether it was his body language, my perception of him, my past experience with him; the fact is I hadn’t trusted that he would remember, thereby implying that I did not think him responsible enough. The “not so good” training program had just been an eye-opener. A simple incident had enlightened me about the way I follow-up after delegating a task. I definitely needed to change this (my kids and my team would certainly be thrilled with the change,that I am absolutely sure of).

The training was meant to be on quality and delivering results. While we had not even touched the tip of the ice-berg on the topic and the trainer was replaced for subsequent training programs;  it wasn’t entirely useless… at-least for me.

The value-add however entirely depends on each individual. There are those who believe there is something to learn in every experience and are not afraid to accept their limitations and change, while  there are others who believe they are  just so perfect that  even the bitter truth sounds sweet to their ears once they’ve translated it. They are so busy pulling other people down or laughing at others, the loud noise that they  manage to create around them helps them to block their own inner voices.

Give it a thought and stop complaining about your life, your boss, your team and everything around you. YOU  need to CHANGE to have the life YOU want!