Had written this poem last year. It was the first poem of the NaPoWriMo challenge.

The poem was written based on my experience at Ras Al Jinz resort. Somehow, I felt the poem had not done justice to the magic of that night, as I witnessed the creation of life. I’ve edited the poem now and do hope, you experience some of the magic of that night. A drive away from U.A.E, a weekend stay at the resort had been far more rejuvenating than some of my longer holidays. I totally recommend  watching turtle nesting if you ever get the opportunity to do so. You won’t regret it.

50 pairs of feet walked in a hushed silence,

In the dead of night-

Guided by a white heavenly light,

The sky a pitch black,

The moon, a beauty, watched in a trance,

Waves rose and fell , in a synchronized dance,

As 50 beings made their way…

A giant turtle emerged…a Goddess of the sea!

Circling above, they watched her every move…

She dragged herself, a step at a time, to the sandy shore,

Aware of the eyes that followed her…

Slow and steady, she dug a pit,

Her flippers at work, the sand a heap over her, she lowered herself …

Away from the ravenous birds of prey,

Away from stalking predators,

The time had come,

That new life be created…

One by one, a hundred glistening eggs dropped,

Old and young stared in wonder,

At the miracle of life unfold…

Would they see the dawn?

Or would they be devoured?

She had done what she could,

Covering the pit, a heart filled with hope, she trudged back to  sea…

The gulls shrieked and called,

And crabs clawed around… hungry,

“How delicious those eggs must be?”.

Not too far, in the still of night, another pit,

And, tiny wonders made their way out…

They made their journey, the first of many,

As menacing eyes  watched from above,

How many would make it?

How many would reach the edge of the shore?

The race for life had begun…

On the shores or in the seas,

Fifty mouths heaved a sigh… the first one washed into those waters,

The night was alive; not all would make it, that they knew…

Fifty pairs of feet turned around in a hushed silence,

Filled with awe, the mystery of life revealed,

The splendor and magic of creation unveiled ,

A witness they had been to the circle of life. 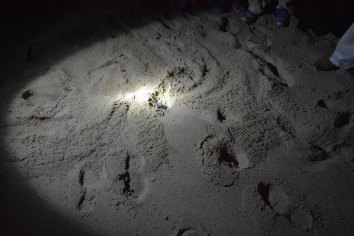 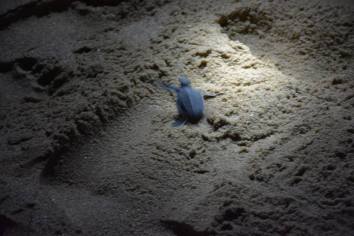 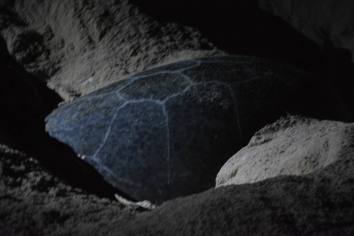 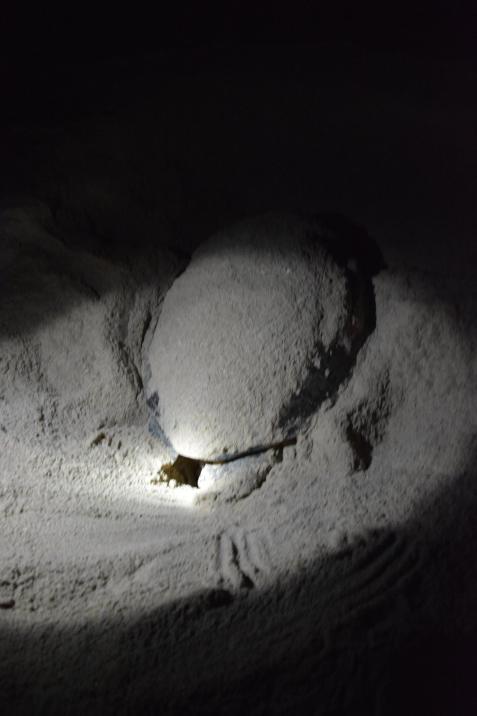