We’re having warm days here. With the delayed monsoons, the IMD (Indian Meteorological Department) states that November and December are likely to be warm. So while the rest of the globe posts pictures of Autumn – flaming trees in crimson hues and gold tones, here in India we do not talk of autumn. What we do have is Spring, Summer, Monsoons (S.West winds, which bring in the heavy showers) and Winter (brought by the retreating N.East Monsoons). At-least that’s what we’ve hereto believed.

But if Autumn entails, falling of old leaves, to give way to new; then we have it here too!

For if this ‘aint autumn, someone tell me, what is?

The steps to the building gate are strewn with yellow leaves and in the garden adjacent to the building, the Cannon ball tree has shed its’ leaves. What remains on the trunk, are brown, round fruits which resemble cannon balls, hence the name.

On the pavement, there is a carpet of green which the sweepers are busily sweeping away. Wild and free as nature is, the flowers continue to fall, even as the men in brown, use their stick brooms. Its’ a matter of who is faster that decides if the pavement will be clear.

A standee outside Starbucks’ declares ‘Pumpkin Spice Latte’ is now available which could only mean one thing – that its’ officially autumn! And to welcome the season, we follow our tradition (which is one we’ve created) of having the first pumpkin spice latte of the season, together as a family.

After a mug of deliciously sweet pumpkin spice latte ( I forgot I was supposed to be watching my weight,after all the sweets we gorged on Diwali) we walk into Galleria – the open roof building made of white stones; to pick up a few things before school resumes after the Diwali holidays. Its’ the ‘old market,’ and has literally everything under the sun, at reasonable prices. Its’ where you can still haggle over the prices of clothes and accessories. Its’ where you can get your watch repaired, get your dress altered, get a passport size photograph, get a print-out, get your nails done or have street food.

A little more than a year ago, I had scrunched up my nose as I watched Mumbaikars gathered around street-side outlets for a snack- batata vadas (potato dumplings) , dosas (rice pancakes), ragada patties (potato cutlets with white pea curry), pani puris (fried puff pastry balls with sweet-sour water in it) and lots more. The outlets actually boast a flatteringly long menu. One just stands and eats the food on the pavement in the heat. Trying it, seemed unthinkable once, not so long ago.

Yet, I found myself telling my husband, ‘ I don’t think it can be all that bad. After all they cook it on a hot pan. That should kill any germs. And so many people eat it. They wouldn’t if it made them sick.’ My husband smiled and I knew what he was thinking. I had changed! I’m in the autumn of my life too – shedding the old and accepting of the new. We mustered the courage to have a sugarcane juice from one such outlet. To be fair, it tasted good and we did not suffer any repercussions.

Rangoli decoration outside the house

Building lit up for Diwali 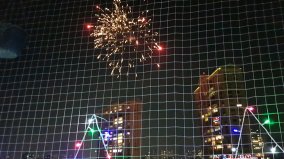 As we walked into the old market, I noticed the shops had changed their ware. Gone were the colored powders which were used during Diwali, to make the threshold of the house beautiful to welcome the Gods, the earthen lamps which were lit during the five day celebration and the other paraphernalia associated with the Hindu festival, such as flowers, bells, brass lamps, paper lanterns. The Henna man who was found sitting outside one of the shops with 2 stools across him for those who wanted to decorate their hands with henna, had disappeared too. 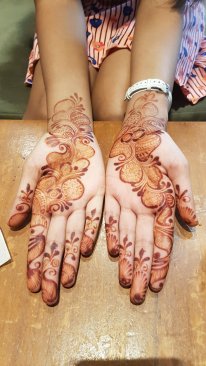 This Diwali after being 16 months in the country, I realized the importance of having the old market, a stone’s throw away from where we stay. From those last minute bangle purchases to getting the henna done on their hands and to getting my daughter’s ears’ pierced so she could wear one of those big, dangling earrings for the festival, Galleria has been the one-stop solution; something the big, brightly lit malls would never have been able to provide.

With Diwali done, the shops in Galleria had replaced their ware overnight. And in place of all things bright and beautiful stood things that represent the dark and ugly. The shopkeepers were ready for Halloween.

That’s the beauty of Mumbai. Mumbaikars absorbs all cultures and celebrate it with complete honesty. The shopkeepers probably don’t even have a clue why Halloween is celebrated because its’ a gift to us from the West – something we got as part of globalization and easier access to media and we lapped it up eagerly. So now Indian kids go ‘trick or treating,’ too. Just one more festival for us in addition to the existing 20 or 30 festivals we already have.

As Halloween is associated with autumn (influenced by Samhain, a celtic Autumn festival), so it must be officially Autumn in India too!

I now rest my case with a few pictures of the Halloween decorations in the building.

What does Autumn mean to you? How is it in your part of the world? 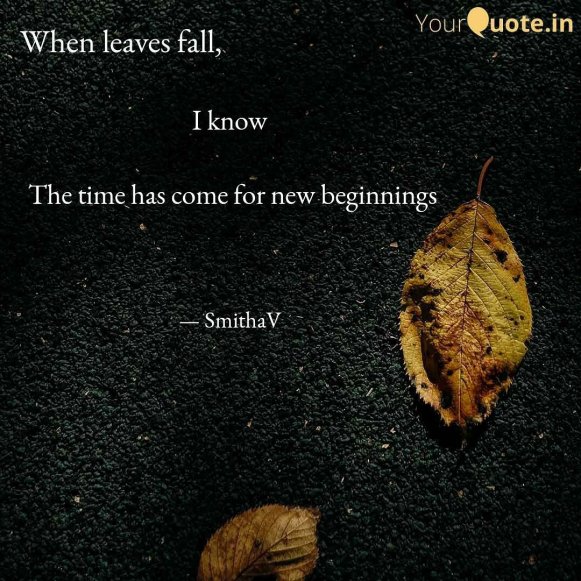